I don’t have time to go to a Pacific island to relax! 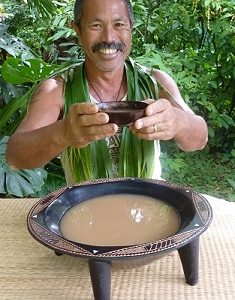 I first had the herb Kava on the island of Vanuatu. It was served in a half coconut shell, and looked like muddy water. And tasted like it too. But it is very effectively used by locals at social gatherings to relax. Unfortunately, when mixed with significant amounts of alcohol, you’re more likely to lose the whole night, rather than just your troubles, but when used properly, Kava has strong evidence for reducing anxiety (as much as prescription medications such as Xanax), without leaving you hazy or asleep. In fact, Kava has also been shown to improve mental clarity, which makes sense, given that anxiety often makes people very tunnel visioned otherwise. Kava increases the neurotransmitter GABA, which is calming rather than sedating or hallucinogenic. If you’re already tired, then of course, Kava will help you sleep, but it’s not a sedative per say. Thankfully Kava is now approved for use in Australia and available in liquid tincture or tablet form. It’s still not a good idea to mix it with other anxiety medication (unless supervised by a health professional), and leave the alcohol alone.

Jane has written a book for anyone going through medical treatment for cancer. It outlines which natural therapies are helpful in reducing the side effects of surgery, chemotherapy, radiation therapy and hormone therapy.

Available to purchase from either of our clinics or buy online.